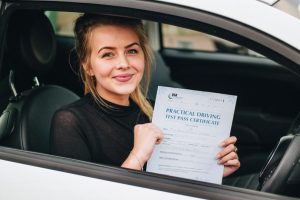 Marijuana is known to contain delta-9-tetrahydrocannabinol (THC) which can significantly impair your ability to make decisions. And, driving can be more challenging when under the influence as well. When you are under the influence of medical marijuana, you may experience drowsiness, impairment of memory, changes or swings in your mood, increased hunger, an altered sense of time, and more. Thus, you mustn’t drive while you are taking marijuana. Doing so could put your life in danger, as well as your passengers and others on the road.

If you have been pulled over for suspicion of driving under the influence of any drug, authorities will likely test you. Physical evidence may include rapid breathing, dilated pupils, or red eyes. And in some cases, again even with medical marijuana, authorities may have witnessed you weaving within lanes or not correctly responding to traffic signals. You will also be expected to take a saliva, blood, or urine test, which will detect the amount of THC that you have in your system.

Legal and criminal penalties will vary, and will likely include fines, time in jail, as well as a suspension of your license. If you may be charged with medical marijuana DUI, you will want to seek legal representation. An experienced attorney can help you through your case and defend your rights in court.

This article was written by Delta Driving School. If you are looking for Driving School in Eagle Rock CA make sure to visit their website.

Tip of the Day

The equivalent of a couple of glasses of wine a day may be good for health. It can also help you keep a good mental frame.